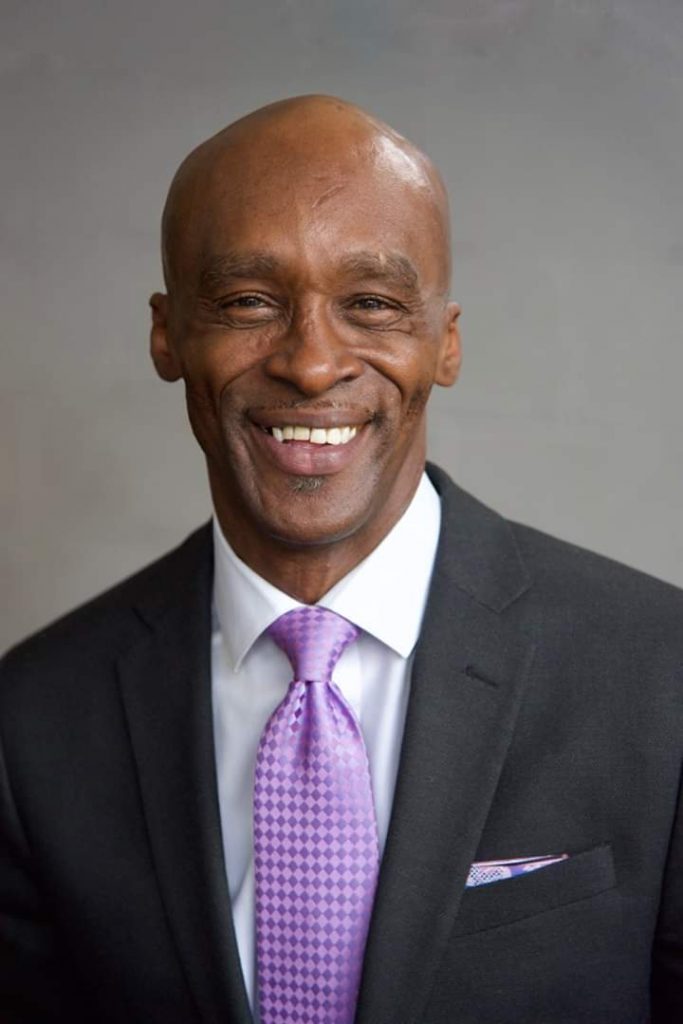 Terrance is the Founder of Educate Don’t Incarcerate, a grassroots organization that raises awareness surrounding criminal and juvenile justice reform, and assists formerly incarcerated men with mentorship in pursuing higher educational opportunities. He is also the Director of the I Am A Credible Messenger National Campaign, as well as Co- founder of the United Freedom Coalition.

Terrance has committed himself to creating social and political change within the criminal justice system. In this capacity, Terrance has partnered with Leslie Robinson, the creator of the Recharge Reentry Restorative Communication game. Utilizing the evidence-informed Recharge Reentry game, Terrance and Leslie are building a nationwide grassroots mobilization effort to provide greatly needed healing, resilience and community to those impacted by the criminal justice system. Terrance is building a Credible Messenger (formerly incarcerated individuals) “Army” who will provide workshops within prisons, halfway houses, programs, in communities, and in families, both online, and in person nationwide.

After a ten year career at The Doe Fund, where Terrance served on the executive team as The PR Coordinator RWA-America, and later as the Community Affairs Liaison, Terrance joined the faculty at New York University’s Silver School of Social Work as an Adjunct Professor, where he teaches Forensic Justice in Problem Solving Courts.

Terrance has gained national recognition for his commitment to criminal justice reform. After spending over 19 years of his life going through the revolving door of incarceration and recidivism, it was in 2009 when he entered The Doe Fund, a transitional reentry program that assists the formerly incarcerated with changing their lives based in New York City, that he not only broke the cycle of incarceration, but as he shares “found his purpose!” As a formerly incarcerated person, Terrance brings a very insightful, distinctive and unique perspective surrounding these issues. Terrance believes that “those who are closer to the problem, are also those who are closest to the solution” in creating a more fair and equitable system of justice.

Furthermore, Terrance is a 2017 graduate of New York University’s Silver School of Social-Work, where he earned his Bachelor’s and Master’s degrees in the field of social-work, with a focus in criminal justice reform. As an advocate, activist and educator,

During his tenure at NYU, Mr. Coffie interned at the prestigious McSilver Institute for Poverty Policy and Research. He was named the 2017 NASW-NYC Alex Rosen Student of The Year, as well as the 2017 Excellence in Leadership’s Award Recipient. In 2016, Terrance was recognized as NYU’s President’s Service Award Recipient & Excellence in Leadership Award Recipient for his development of the College Pathways Program, which assists young men of color and the formerly incarcerated in obtaining educational opportunities, and in 2017 he made his debut as a contributing author in Race, Education and Reintegrating the Formerly Incarcerated Citizen (Lexington Books), that highlights the value of education as a transformative tool in the lives of those impacted by the criminal justice system.

Terrance has appeared on numerous venues such as: Yahoo News with Katie Couric, Holland’s TMZ -Justice Interview, NY1 News - In Focus with Cheryl Wills discussing relevant topics in relations to criminal justice reform in America. He has been published in USA Today regarding Reentry, Voting Rights for the formerly incarcerated, as well as his views on the passage of the First Step Act. Through his efforts he also gained the support of famed activist Michelle Alexander, author of the New York Times bestselling book, The New Jim Crow: Mass Incarceration in the Age of Colorblindness, he is currently producing educational promotionals that focuses on juvenile justice in America and features Ms. Alexander.

Terrance’s organization, Educate Don’t Incarcerate has utilized their YouTube channel youtube.com/educatedontincarcerate to spread their message. On the channel they host two shows: ‘It’s Coffie Time!’ and ‘Espresso with Ori Spado and Professor Coffie’, where The Real Talk On Criminal Justice Reform is discussed, and Credible Messengers from across the nation are interviewed through this work he seeks to create political, legislative and social change within the criminal justice system. He believes that those closest to the problem, are also those closest to the solution.